Skip to content
I have not been good about keeping up with the Dog of the Month posts, but, finally I have a dog for you. INDIE! 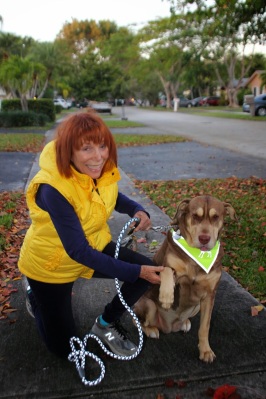 I chose Indie because she is an interesting dog. She has a wrinkly face and really really big but as sweet as a teddy bear. Her human is Elizabeth Warner. They walk around our neighborhood all the time and over the past few years we have come to know them well.

Indie is six years old and originally came from the Humane Society. When she was adopted at six months old she weighed 40 pounds. She now weighs 90 pounds. Sometimes people guess at what type of dogs made their mixed breed dog, Ms. Warner had a DNA test done and knows that Indie is part Doberman, Shar Pei and Boxer.

Her name is Indie because Ms. Warner adopted her on the Fourth of July, which is Independence Day, so she named her Indie.