I spent most of June and July at dog shows, the first one in Tampa and the second in West Palm Beach. The Tampa show is nice and big and we get to spend time with my great grandfather. Unfortunately, my mother got sick one day and then I did also. So we only were able to show three out of the five days. We also, brought with us a friend’s dog, a cute little Tibetan Spaniel.

The WPB show is also nice and big, there is a smaller one earlier in the year. We go to see friends that we had not seen since the xolo national last year. Two dogs were finished at this show, so that was great. 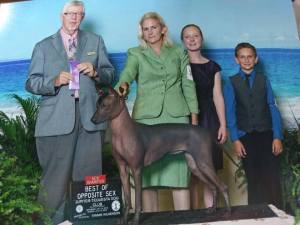 This is the win pic of the Gertrudis Del Rey team. I started raising/training her from a puppy and put a major and additional points and then she when she was 11 months old she went to live with our good friends who then finished her in WPB. It was nice to have all of us in the picture.

This month I also entered a poetry contest called the Mic & the Quill held by Tea & Poets here in Miami. I held my O, Miami Poetry Festival event there this past April. I entered the contest in the 14-18 year old category. You had to write and perform the poem. The night I had to perform the piece came as a surprise sort of. You should have seen me and Finn practicing like crazy in the car on the way there.

I made the first cut and then had to perform it again last night for the finals. I came in third place and received such nice prizes. The judges were local poets and artists. Each round had different judges. 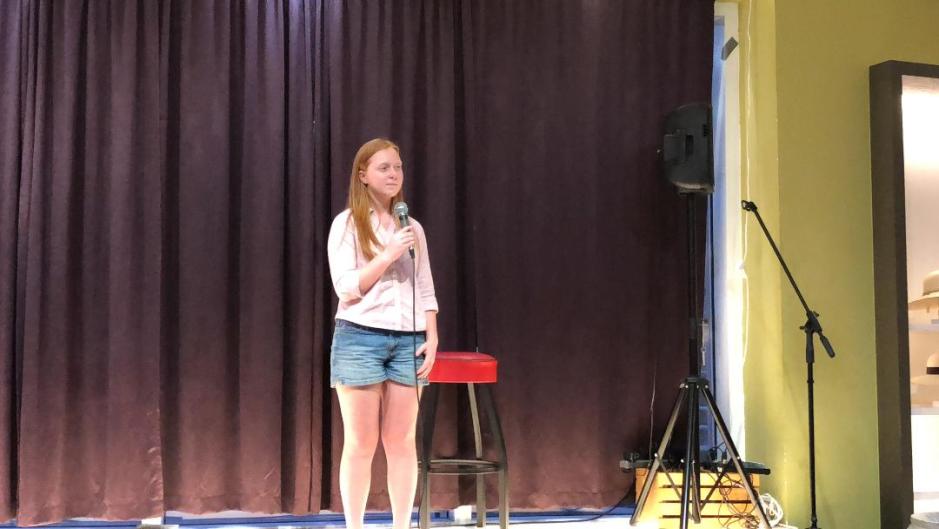 This is the piece I performed. I am thinking of rearranging it, but you had to perform what you submitted.

You Know Me / Challenging / I am the diatribe / The one you so despise / You call it complaining / A futile act in your eyes / I contain a heart of gold / Yet, you fail to look past the mold / Because / You are the cowardice

Afraid / You ask, “Who made you this way?” / Blame it on the diatribe / The one who “complains” / Knock her down / You know what she’ll say?

Listen to your son, man / Look into his eyes / He is just the same as you / Weary of disguise / Afraid of the stranger he feels he must become / Searching for acceptance / Realizing there may be none

The subject of our debate remains