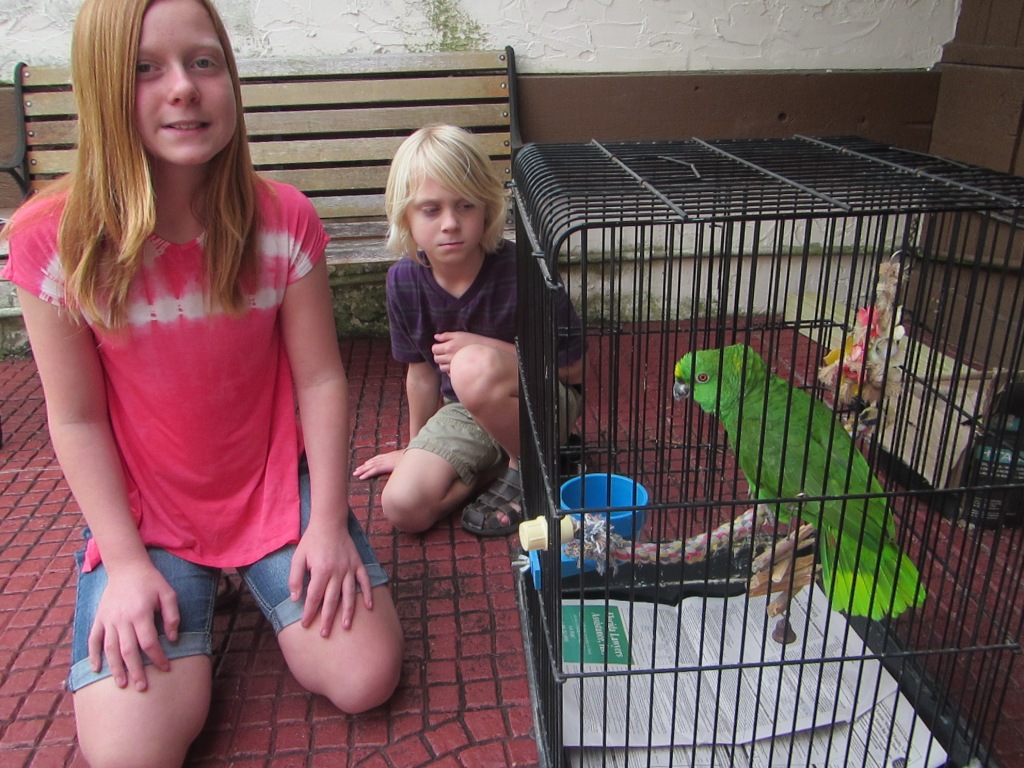 At our house we have many animals. One of them is Buddy a Yellow Nape Amazon Parrot. My parents got her from a friend of my mother’s that had to give him away because she lived in an apartment and she was too loud. She was supposed to go to a friend of my mother’s but her landlord would not let her take her so my parents kept her. That was before I was born when we lived in Virginia.

Parrots are a big responsibility. They live a long time and need lots of attention. She has the maturity level of a three year old. A good book to learn about parrots is by Sally Blanchard called Companion Parrot Handbook.

My parents took her to an avian vet and she told them that Buddy was a girl and was the same age as my parents. She was wild caught. The vet said this because she still had a metal band on her leg. My parents had the vet take it off her leg.

She is funny. She laughs if she hears you laugh. She says all kinds of things. She even says my name. She cries like a baby. She loves to hear opera music and will sing along. She loves that song called Banana Boat Song by Harry Belafonte.

When we go to have her nails and beak trimmed at the Aviary at Cauley Square and that song comes on the radio she starts swinging back and forth and singing. It is so funny!

This is my and my brother at Cauley Square.

My mom always takes the weirdest pictures of us. 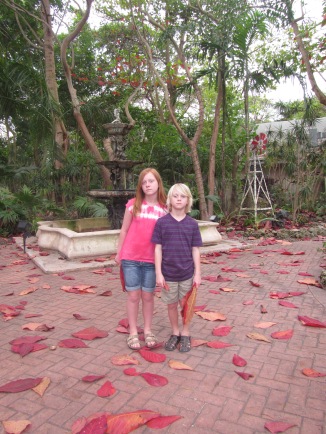 She also loves Sweet Home Alabama by Lynard Skynard. My mom says Buddy hates Johnny Mathis. I don’t know who that is.

She says bad words too. She calls men a bad word that begins with a and end with e. My mom says that is because the woman that used to have her was divorced and used to call her ex-husband that. But since Buddy likes men more than women she uses that word to say something nice to men.

She lives in huge cage that fits six adults. My parents thought that since she will probably live until she is 100 years old that she deserved a nice place to spend the time. My dad brings her in to the house when it is cold or sometimes to take a shower or just to sit and watch tv with us. She almost bit the tale off of our cat one time.