A couple of days ago Finn and I gave the dogs baths. Before we gave them their baths they smelled like dirt, mud, and cat poop. So, they stunk!

We started with Klaus, the dachshund. He is the smallest and is the easiest. He can just go in and out and does not need to be brushed because he is short haired. I did not take any pictures of him though. He dried quickly and we could let him go after.

Next we did Rudy. We started by giving him a really good bath and made sure that every bit of dirt came out. His white patches were snowy white. His hair gets kinky when it is wet. When we dried him so that he was damp we then brushed him to get out all of the knots, because his hair is long. We also brushed out all the dried glue from his ears and then re-glued them back to how they are supposed to look. 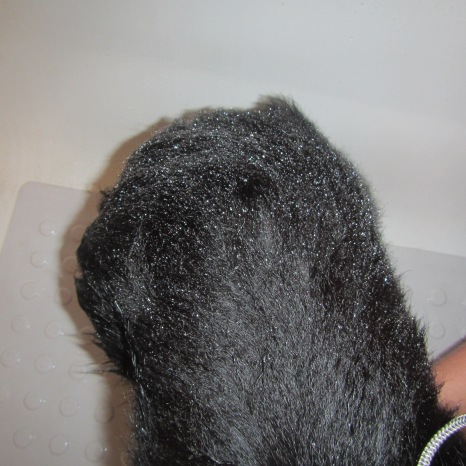 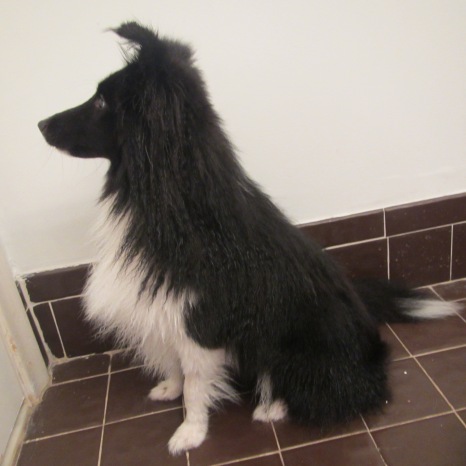 Here is a video of Rudy after his bath: https://youtu.be/F9LljQ_rZd8

Then we had to bring in Sunny. This is harder than it sounds. She is heavy and even though she loves water, getting her in to the bathroom is hard. We had to separate Rudy from her because he will try to get back in with us and we did not want to have to wash him again. So, with Sunny, we sprayed her and washed her at the same time because her hair just repels the water. We had to really dig down deep in her fur to get the undercoat. We brushed her also with the Slicker brush and so much dead hair came out from her undercoat. 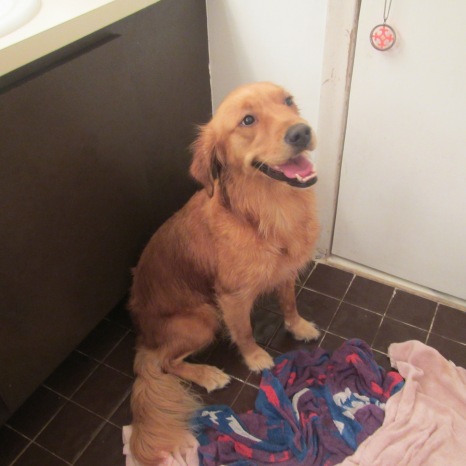 Here is a video of Sunny after her bath: https://youtu.be/4XDhwcrV4kA

I was surprised how much came out. I had never seen that much hair come out of her before. We kept her in the bathroom until she dried. They smelled so much better.