This morning was my first time ever actually showing in an official dog show in the Conformation Ring, as a Junior. I am in the Junior Novice category right now. I can show in the regular breed ring, but wanted to learn some more for a little while and Juniors is a good place to do that. In the Junior category the judges look at your performance and not the dog’s qualities. So, you learn what to do and what not to do and you can use a dog that is not top show dog quality. Basically, any dog that you register with the AKC will work, even a non-pure bred dog.

I trained with my dog Rudy, the sheltie. We have been training since he was eight weeks old. He just turned one year old yesterday.

We had to get up at 5 am to get to the arena to make our show time of 8 am. We had to drive for an hour. Then we set up our station, which means we had to take out all the stuff from the car:chairs, grooming table, supplies, cooler, dog crate, dog, and bags of other stuff. Then we had to groom Rudy. You have to brush their hair and rat it up to look poofy, like a lion’s mane. My friend Tess Oliver from Best In Show Pet Spa & Hotel helped us the other day by showing us what to do and lending us some much needed equipment until we bought our own. She showed today too and won! Then I had to get myself ready. My mom even put a little bit of mascara on my eyelashes, it was not fun.

Finally, it was 8 am and I wen to over to the ring for my turn. I was up against four other Juniors. Two of them had show many many times. I was a bit nervous but knew that if I just had fun it would be okay.

Guess what? I won First Place! I was so happy. I had worked do hard training and it payed off. My parents and brother were so happy also.

Next, I had to compete against the First Place winner from the Junior Open class. Junior Open is above Junior Intermediate which is over Junior Novice, my class. I won Reserve Winner, aka Second Place. At least that is what I think it is called. I have to double check. I found out that the girl who won First Place had showed at Westminster and has been showing for years. I was very happy to know that I came in Second to someone like that.

We then went home and took a nap. We were pretty tired. We woke up and went to our traditional celebratory dog show lunch at Steak-N-Shake. Finn was funny. He said that he should have the large size shake in celebration of my win.

It was a great day!

P.S. Doing it all over again tomorrow.

After the show, yay! 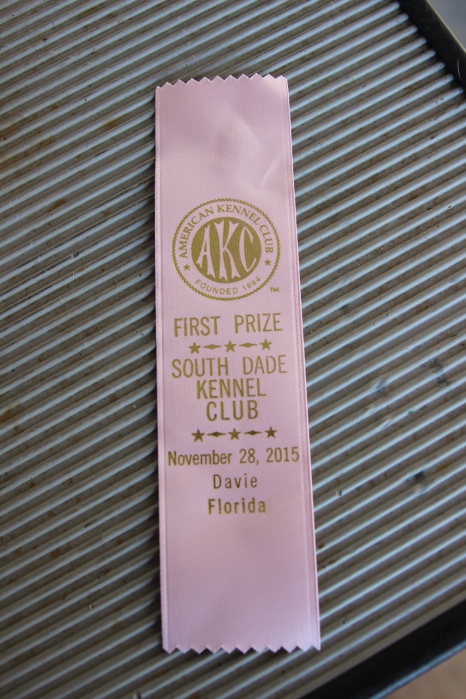 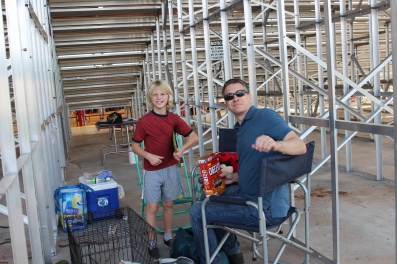 At our station taking a break 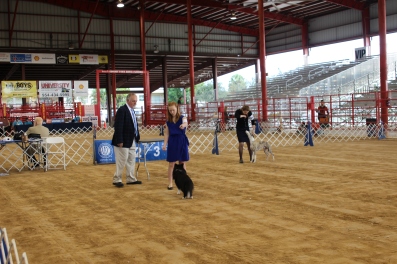 During the second competition, free stacking for the judge 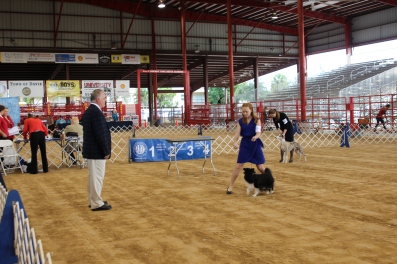 Taking Rudy around the ring 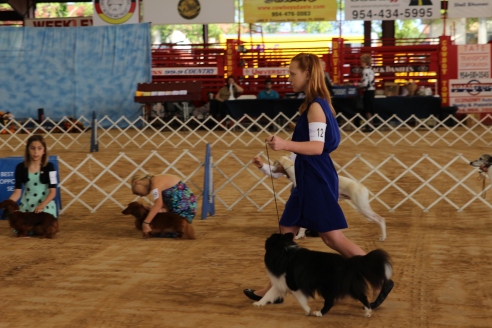 Taking Rudy around the ring in the first competition 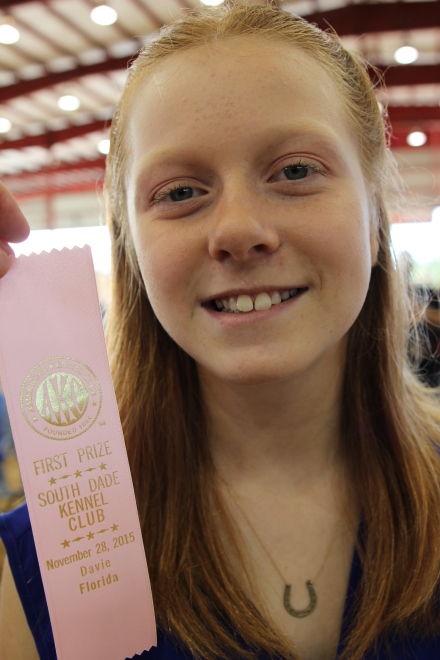 So happy, from the first competition, Junior Novice

Table stacking for the judge during the second competition

Down the middle for the judge during the second competition 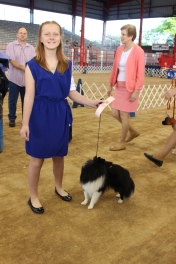 After the first competition 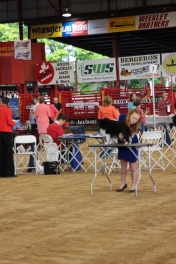 Table stacking during the first competition

Going into the ring for the first competition 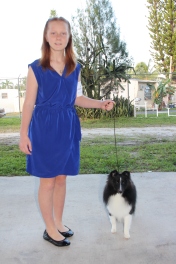 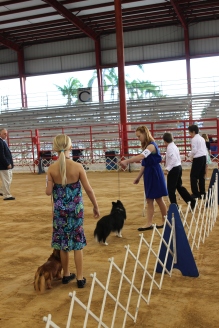 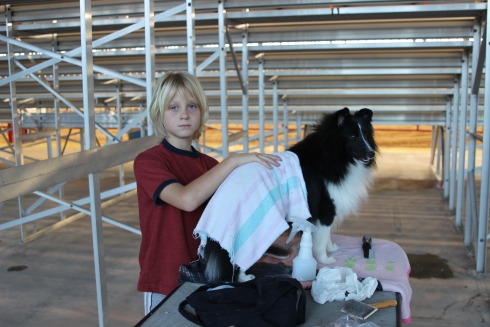 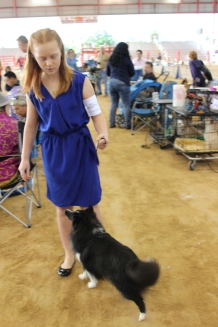