What a weekend I had! We, me and my dad, left Friday night to drive to Boynton Beach to stay with friends. We left after I volunteered at the dog agility show all day. We packed up the car and left about 4:30 PM. First, we stopped by the hairdresser, Jessica, and re-did my bangs then we got back on the road. Next stop Palm Beach County Dog Fanciers Dog Show!

We stayed with Carole and Elliott who used to be our neighbors here in Miami. They are really nice and they love dogs too.

Luckily, my ring time for Saturday, was not until noon and Carole only lives about a half hour away from the fairgrounds so we did not have to get up too early. We had already done a lot of pre-grooming on the dogs and we only had to do touch up work on them once we got to the show.

This was my first time going to a show that was indoors. It was so nice to have air conditioning for me and for the dogs. I carry a little battery fan for the dogs and I have a cooling mat that my friend Daniela got me for Christmas for them also.

When we got to the place we saw some friends and they invited us to set up our stuff with them. That was really nice. I felt like one of the group, like I really was going to be able to do this one day as a job maybe. Some other friends also showed up, so it was so much fun.

The first competition was with Micta, the xoloitzcuintli. She was entered in the 4 to 6 month puppy contest both Saturday and Sunday. Each day it its own competition. She was up against her sister from the same litter, a cute coated xoloitzcuintli named Calaca Del Rey or Callie for short. Micta won Best of Breed 4 to 6 Month Puppy and Best of Group (non-sporting) 4 to 6 Month Puppy both days. Saturday under judge Mr. Clayton G. Haviland IV on Saturday and on Sunday judge Mr. Hector Hector. I felt really good that I had been working with her in training class and at home, it paid off. I also want to thank Mr. Richard Yenchesky of Del Rey Xoloitzuintli for trusting Micta with me to show.

That after noon was Juniors. I am now in Open Intermediate, which means that I won first place in Novice three times with competition and that I am in the 12-15 age group. That means that the competition is much harder because the kids are older and have more experience. So, sorry to say, we did not get anything either day. The judges said Rudy was really beautiful, but he and I did not win. Oh, well. We are competing again this weekend so maybe we will win then.

We had a wonderful time at the show both days. I learned a bunch.

The photos were taken by my dad, my grandma, and our friend Tess. Thanks for doing that for me. 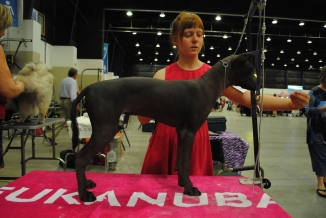 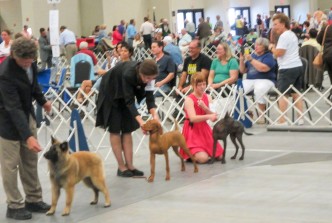 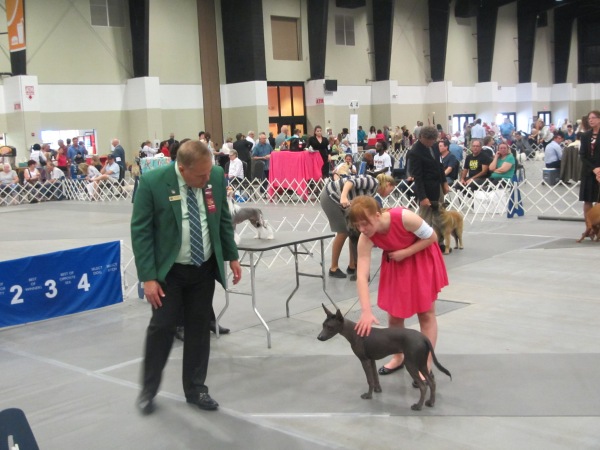 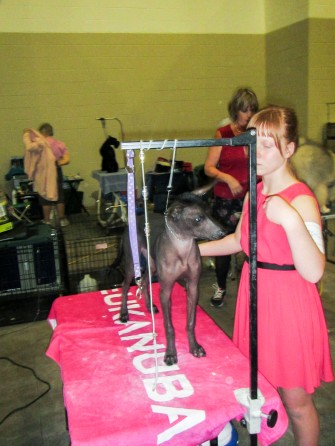 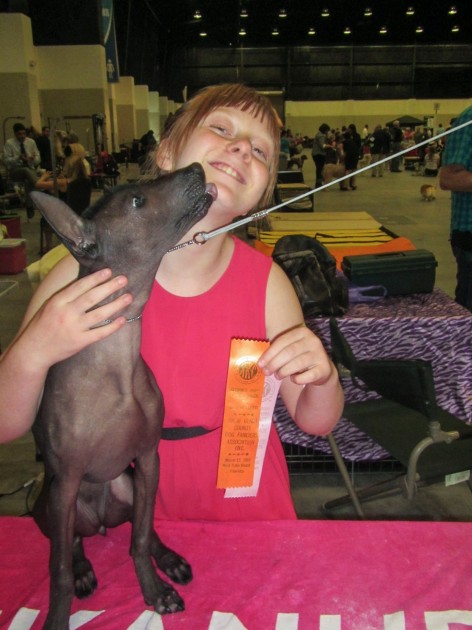 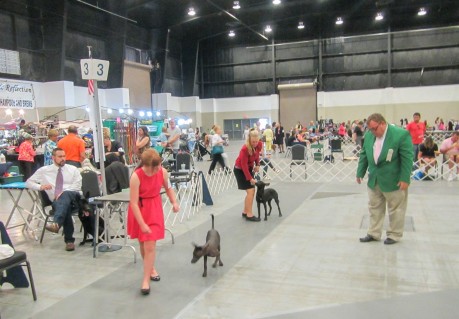 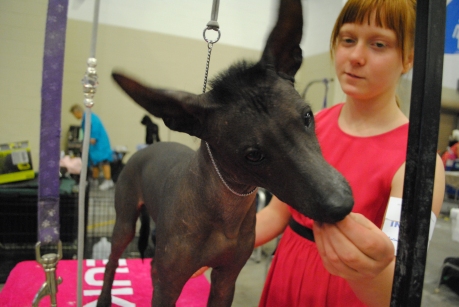 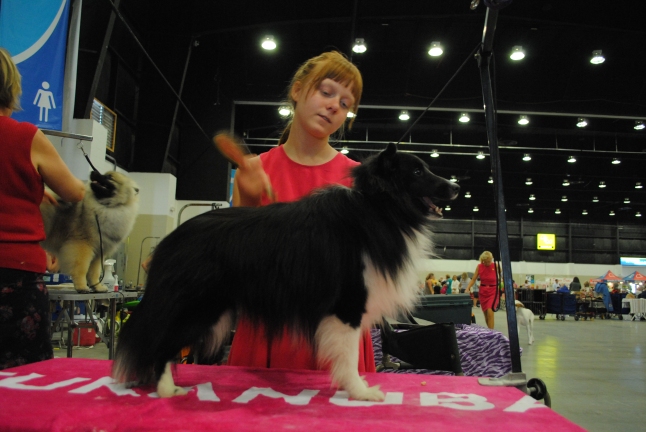 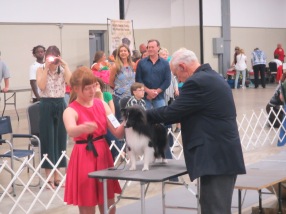 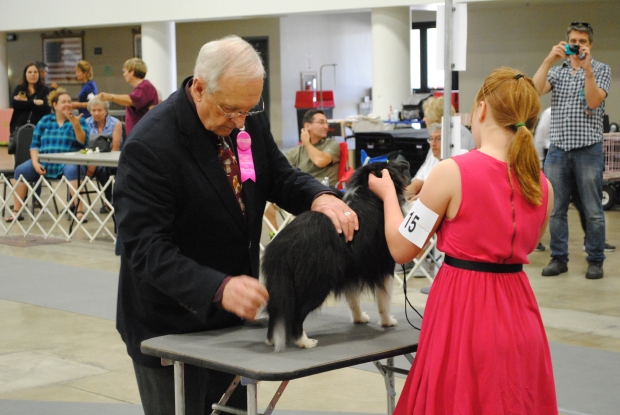 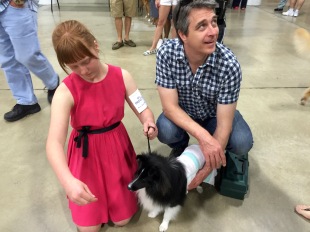 that is my dad 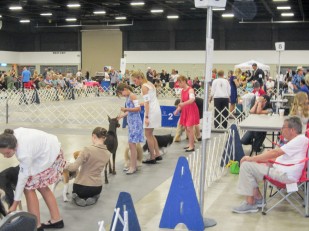 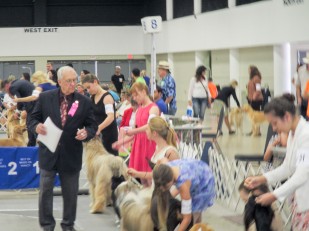 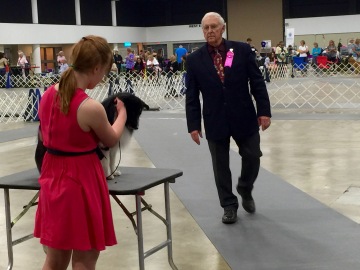 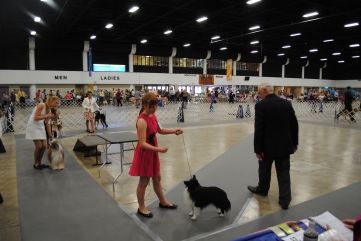 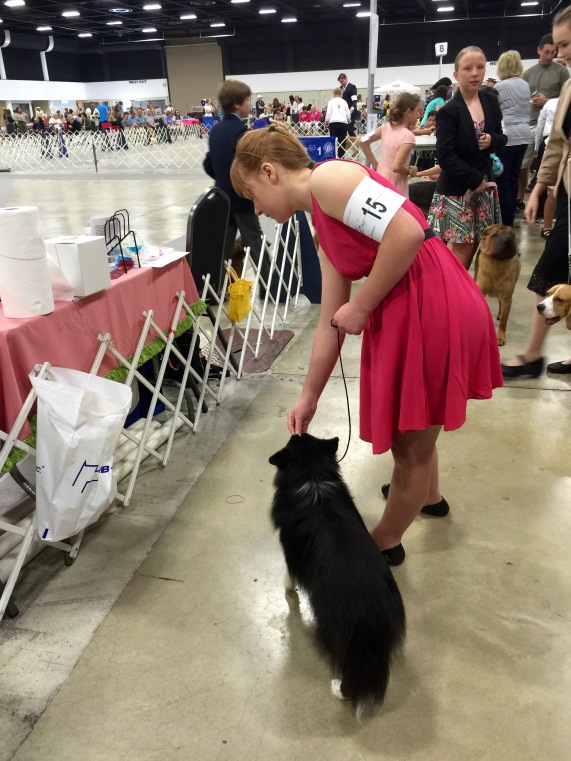 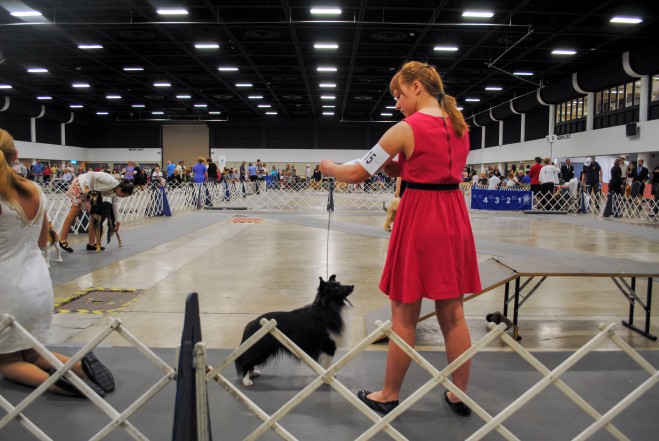 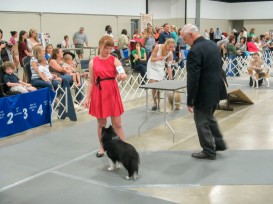 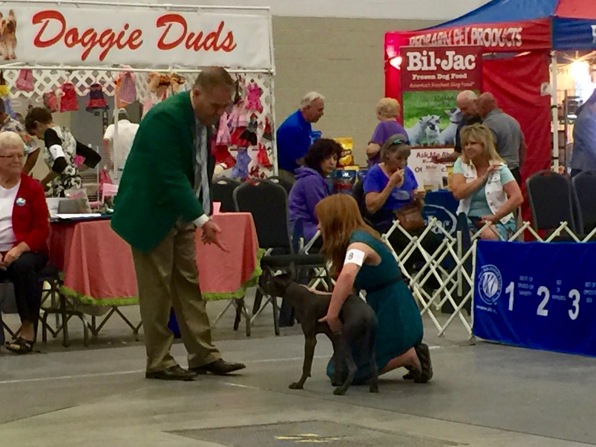 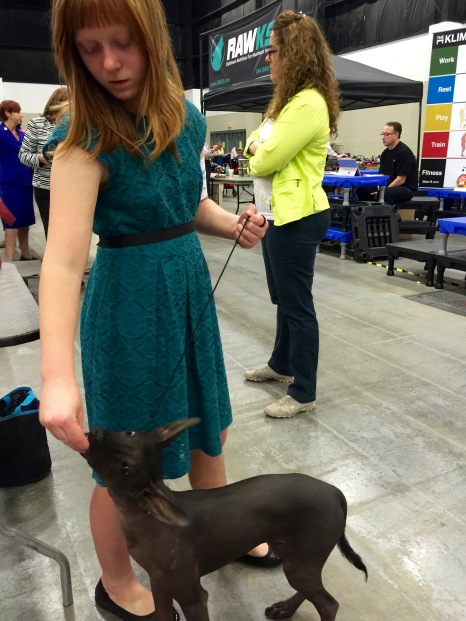 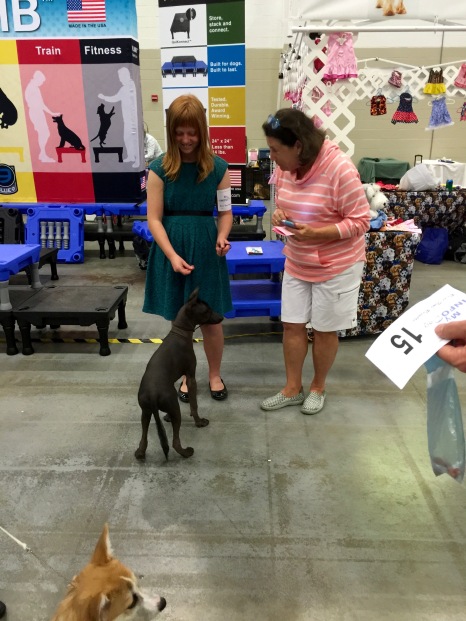 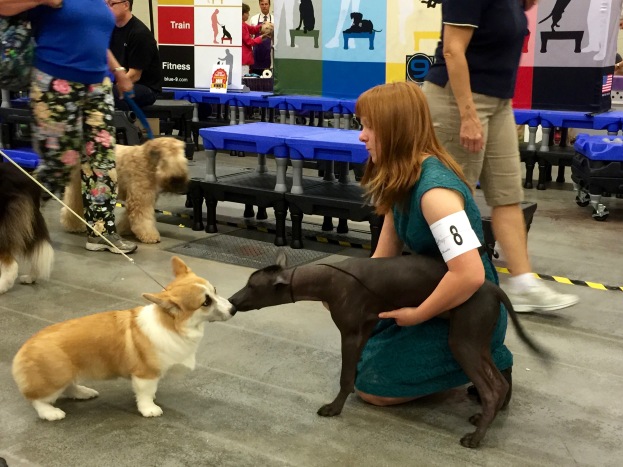 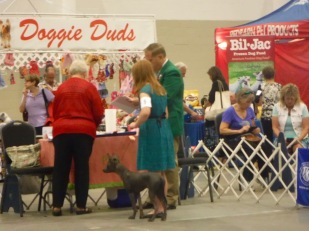 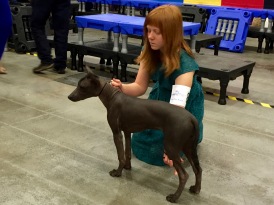 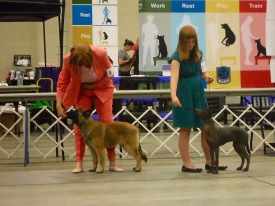 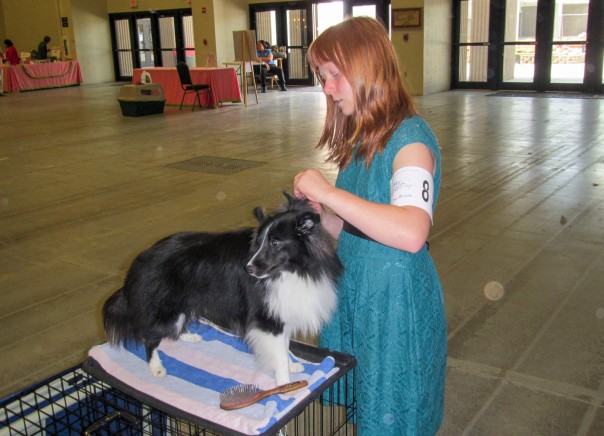 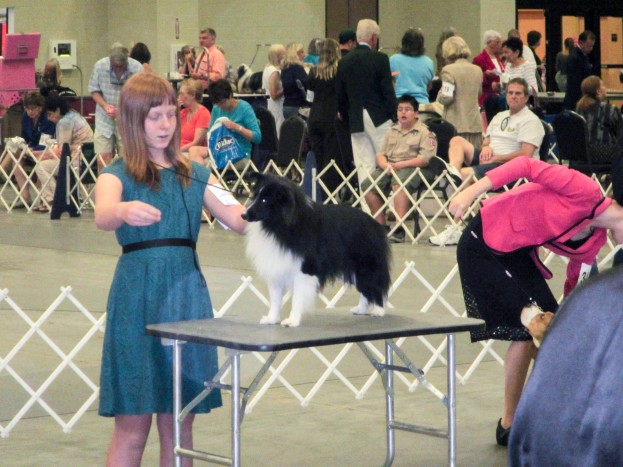 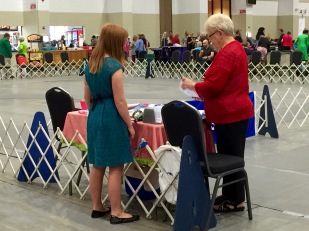 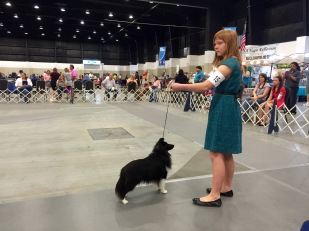